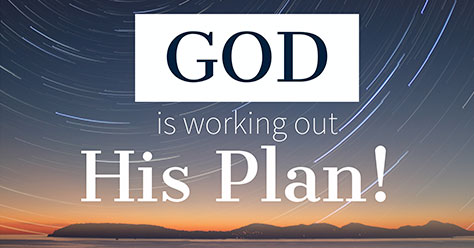 Hi brothers and sisters in AEC, I hope you are all safe and well. I’d like to share something that has been on my heart this week. In these strange times, life, as we have known it, has been changed drastically. And, in particular, Church life has been changed. Poor Geoff having to convey the message that God has given him through a video on YouTube rather than from the platform. No getting hugs as we come through the door of the church building, and no time to spend in each other’s company, the way we normally would.

To some, that is not so difficult, but to many, it really is. And depending on what has been happening in our lives, for some it is almost unbearable. I received a phone call last Tuesday from a friend, not from our church, I may add, who was in tears. His words to me were that he was going through a period of “sickness, death and fear!” How do we comfort people who are in distress like this, without being or sounding platonic?

Although this friend does not live nearby, he still valued prayer, and praying down the phone with him, he said, was a real blessing. Paul said, in his 2nd letter to the Corinthians, in chapter 1:8-11:

We do not want you to be uninformed, brothers and sisters, about the troubles we experienced in the province of Asia. We were under great pressure, far beyond our ability to endure, so that we despaired of life itself. Indeed, we felt we had received the sentence of death.

Paul knew what it was to be in a dark place, where there almost seemed like there was no hope! He doubted, even, that he would live. Some of our brothers and sisters are going through similar circumstances. As Paul says in the following verses

But this happened that we might not rely on ourselves but on God, who raises the dead. He has delivered us from such a deadly peril, and he will deliver us again. On him we have set our hope that he will continue to deliver us, as you help us by your prayers. Then many will give thanks on our behalf for the gracious favour granted us in answer to the prayers of many.

Paul knew that on his own, he could not make it through, but as the following verses said, relying on God, HE could make a way!

On Easter Saturday, this was brought home to me, as I thought on how the Lord’s disciples were the day after He was crucified. They must have been in despair. Everything that they had enjoyed as they spent these 3 years learning from Jesus, had been taken from them. Who could they turn to now? John 20:19 says

On the evening of that first day of the week, when the disciples were together, with the doors locked for fear of the Jewish leaders,

They were in fear; the Christ had died. The One they had been relying on was no longer with them!

Jesus came and stood among them and said, “Peace be with you!”

Jesus is the One who brings peace to our lives. He brings hope! A few weeks ago, I heard somebody say, it may have been Ravi Zacharias, that the one thing we cannot live without is hope. That is what Jesus brings to our lives. HOPE! not despair.

Let us be encouragers to each other. Especially those who are going through difficult times. We are encouraged by Paul in Galatians 6:2 to “bear one another’s burdens, and in this way obey the law of Christ.”

As we encourage one another through these difficult times, can I finally draw your attention to one final passage, again written by Paul to the Philippians this time, as he gives his final words of encouragement to them: Philippians 4:8

As we are stuck at home, with so much time on our hands, and so many things we can be watching or reading or doing, please use the above verses as a filter to run them through.

God bless you all and may you know God better than you’ve ever known Him, as the old hymn says:

And as the government has been reminding us:

STAY AT HOME, PROTECT THE NHS, SAVE LIVES

4 Replies to “God is working out His plan!”